At the unveiling of a song from her upcoming movie, Sanya was spotted in a strapless checked maxi from Mossman paired with red sandals. She looked cute. 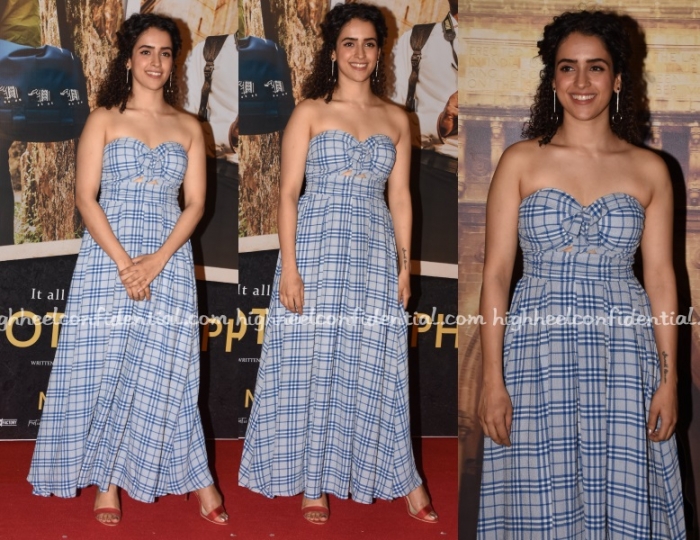 For an interview with Rajeev Masand, Kriti sported a cobalt blue Mossman dress with ankle-strap sandals. Kriti, being her, wears a lot of her stuff well, but somehow this look fell flat for me. Between the hair style and the same ole ankle-strap sandals, this look wasn’t very exciting. It needed a fun hairdo and definitely more interesting pumps to play off of that pattern on the dress.

At a recent event in Mumbai, Esha smoldered in an off-shoulder Mossman mini. Wearing the dress with Lulu & Sky booties and Isharya earrings, she rounded out the look with voluminous, tousled hair.

Her choice of shoes has me on the fence but have no complaints ankle up; Esha looked striking. 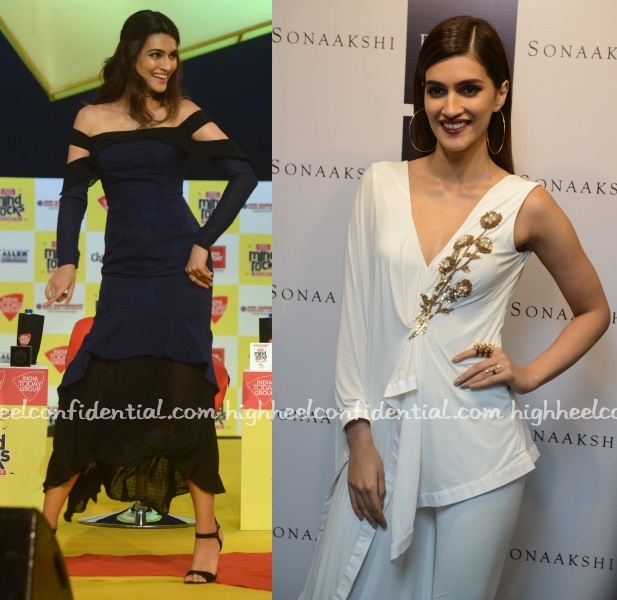 At an event today promoting New Zealand, Kriti was seen wearing a lace dress from the Australian label, Mossman. There isn’t much Ms. Sanon doesn’t look good in and it was the same here.

Just wish we’d move on from the same ole minimalist ankle-strap sandals. Who else is getting bored of them? This dress could’ve definitely been worn with pumps.